He joined the Firm in 1986. He has been involved since the Nineties in the liberalisation of the Energy Sector in Italy, representing Italian and foreign utilities in developing and financing combined cycle power plants and waste-to-energy plants. In the last fifteen years, he concentrated on renewable energies acting as counsel in connection with development of new wind and photovoltaic initiatives, negotiating IPC and O&M contracts and financing energy projects, particularly as sponsor’s counsel. His areas of practice also include financial and corporate matters with particular emphasis on commercial and regulatory litigation, including white collar crimes and arbitration. Extensive experience in international litigation, and arbitration cases.
He is member of the Board of Auditors of numerous companies.

Managing partner Claudio Visco “is very experienced and has a long track record” in project financing and energy mandates. He has significant expertise in the renewable and oil and gas sectors.

Managing partner Claudio Visco is described as an “excellent finance lawyer.” He is an expert in financing with particular expertise in energy, natural resources and infrastructure.

Projects: Managing Partner Claudio Visco focuses on the energy sector and is adept in banking & finance and securities matters, as well as project finance.

Energy & Natural Resources: Significant transactional and contentious capability in electricity, gas and renewables. Increasingly sought after for its advice on energy efficiency law.

Practice head Claudio Visco handles a range of M&A and project finance matters within the energy and oil and gas sectors.

Industry focus: energy – Macchi di Cellere Gangemi has expertise across the full spectrum of energy matters, including a strong energy efficiency practice. Recent transactional highlights include advising Partners Group on the €40m acquisition of ten photovoltaic plants from Lite On Green Technologies. Other key clients include EDP Renewables, Inergia and EDF Energies Nouvelles. Claudio Visco heads the practice and is among the Leading individuals

Claudio Visco of Macchi di Cellere Gangemi is a renowned project finance lawyer who is best known for his activity in the energy sector. 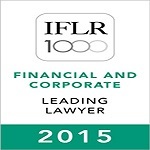 A lot of the firm’s work in the finance space last year has had a projects angle. Claudio Visco advised Nedbank on the financing it provided to Po Valley for the exploration of hydrocarbon reserves. The firm also acted on the financing of a number of biogas plants. In the M&A space Visco advised Industria De Turbo Propulsores in regard to the acquisition of a line of business in the aerospace sector.

He distinguished himself for the role he played in civil and criminal litigations linked to the wellknown disputes concerning derivatives trades of the City of Milan. In particular, he was one of the few business lawyers who was also part of the panel (consisting of 14 lawyers) who represented the banks and the nine executives convicted in the first instance proceeding for fraud on the derivative contracts entered into Palazzo Marino [the City of Milan n.d.r.] the Milan Court of Appeal acquitted all the defendants overruling with an historic decision the previous ruling of the Tribunal.

Macchi di Cellere Gangemi is best known for its project finance practice and more specifically its energy and utilities infrastructure practice, where even in a slow market it continued to pick up mandates related to solar, wind and biogas plant financings. “In project finance for renewable assets Macchi di Cellere is, in our view, superior to its competitors,” says one client and another agrees. Examples of this sector strength from last year include acting for BIIS and Kinesis on a photovoltaic financing; advising ICQ group on the financing of a wind farm; assisting the lender banks on a separate wind farm deal in Apulia; and advising on biogas plant financings in the Emilio Romagna and Basilicata regions.

Managing partner Claudio Visco heads the wider banking and finance team. Last year the team acted on a credit facility for Trevi Finanziaria Industriale and Drillmec and in the capital markets assisted Cassa di Risparmio di Cento on the establishment of a medium term note programme.

Claudio Visco of Macchi di Cellere Gangemi is best known for his project finance expertise, although he handles the full range of banking and finance matters. Recent highlights include assisting Ammeraal Beltech with the restructuring of its debt, which involved the restructuring of a senior USD120 million term loan and a EUR120 million revolving credit agreement.

Deals: The firm’s most impressive mandate was its role as advisor to Cassa di Risparmio di Cento on establishing a €600million EMTN programme.

Macchi di Cellere Gangemi’s project finance and infrastructure practice is headed by Claudio Visco and Claudia Bruscaglioni who are based in Rome and Milan respectively. Peers say the firm has a strong energy practice and note “it is involved in some important deals” in this area. After a succession of recommendations the firm is promoted to tier three.

Deals: Recent highlights for the firm include assisting Siciliacque in securing a €165 million facility from Banca Intesa and UniCredit Banca Mediocredito to reconstruct the primary water distribution network for Sicily. An example of the firm’s recent lender side was its advice to a pool of banks backing Renergy San Marco in constructing a win farm in San Marco.